Westbow Gives Back is now in GT! 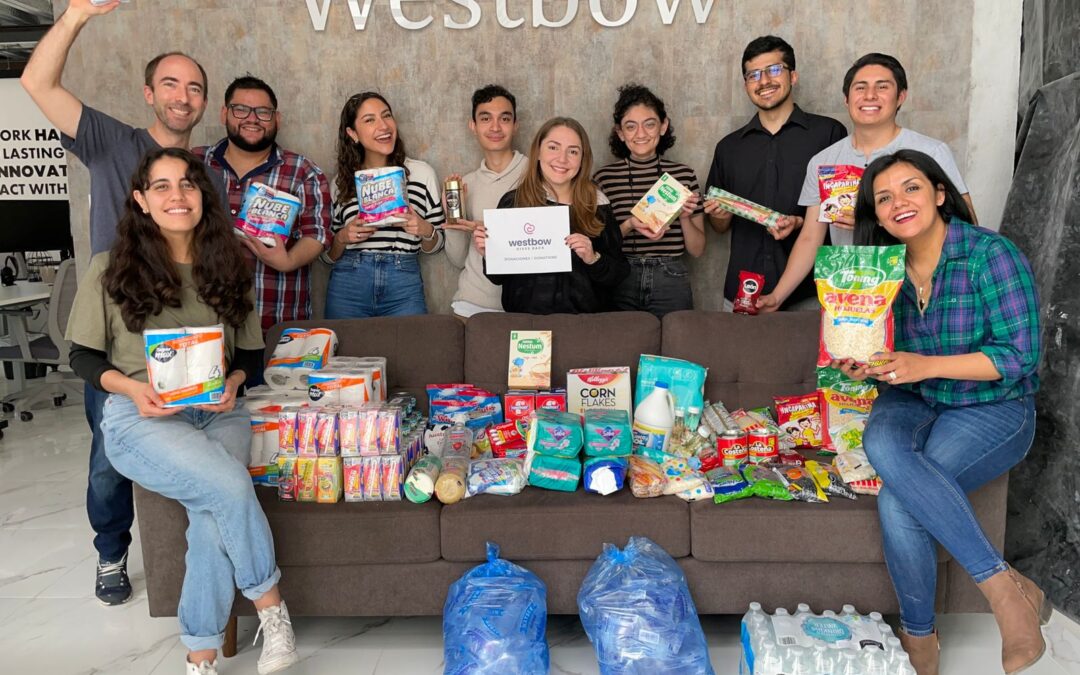 This past September was an exciting month for Westbow Gives Back, with a lot of behind-the-scenes work being done. Our employees in our Westbow South office, located in Guatemala City, have set up a Westbow Gives Back branch that will have its own operations in Guatemala. Although this division of the foundation will still be working closely with our Canadian headquarters, it plans to have its own fundraisers and other fun projects that foster and empower communities. Westbow Gives Back South is now ready to kickstart its own awesome initiatives.

Tropical Storm Julia hit Guatemalan land on October 9th. A large percentage of the population was impacted by the torrential rains, with many people losing their homes and seeking relief in local shelters. The country’s economy, sustained mainly through agriculture, was also greatly impacted by the storm.

Noticing the effects this natural phenomenon caused, and the state of emergency many people were now suddenly in, our volunteers were quick to move into action. In a matter of days, they researched what projects and communities were involved in relief efforts. Our amazing team learned that a local church was serving as a collection center for a food drive. For the following week, the Westbow South office became the hub for a mountain of groceries and hygiene products donated by employees.

Toward the end of the week, considerable amounts of food and other supplies were collected for those who were most affected by Julia. The donations were taken to the collection center, which later distributed to people in different areas of the country.

We’re very proud of our South team for adjusting and swiftly moving to help and give back to those most affected by this storm. We hope this is the first of many wonderful initiatives!