Giving Back in Guatemala 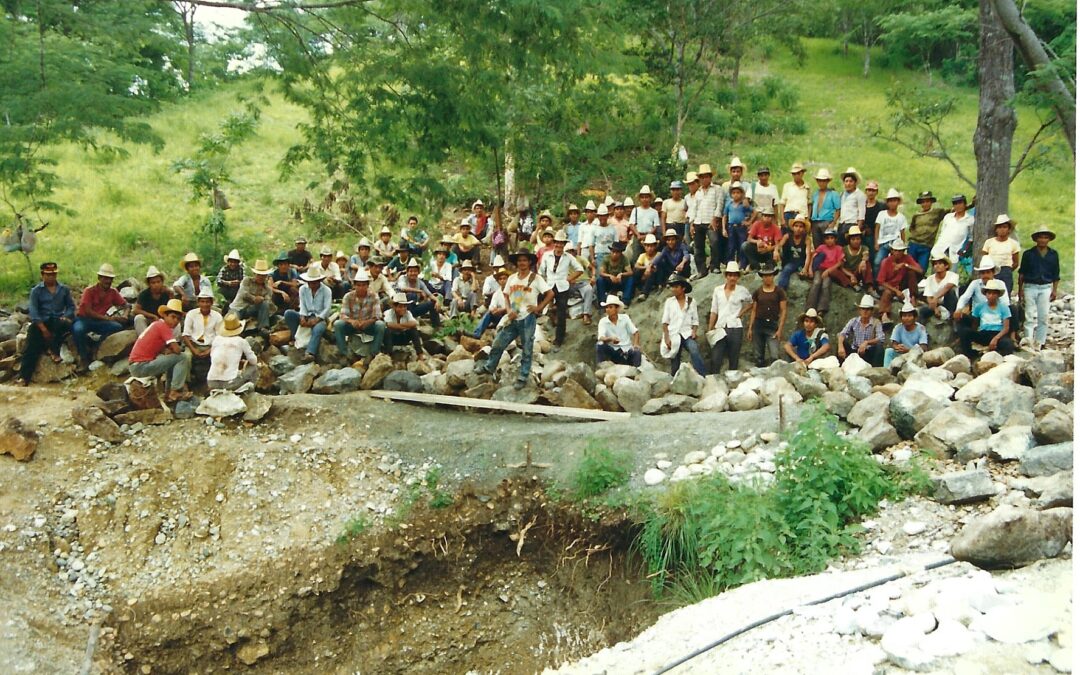 When asked in a recent interview about any distinct moment or experience that compelled him to start Westbow Gives Back, founder Dick Westeringh described meeting his adopted children’s father as his “a-ha moment”. Realizing the profound effect poverty and illiteracy could have on people’s lives, a strong sense of urgency and commitment to assist in providing education where there wasn’t any started fizzing in him.

One of the first countries where Westbow Gives Back decided to launch was Guatemala. Located in Central America, our foundation first came to know about this small country because of a missionary by the name of Ken Hirfst. On a visit to Chilliwack, Pastor Ken shared that he was preaching the gospel in small aldeas (very small villages settled in rural areas) in the mountains of Guatemala. When asked about the challenges he faced, he told the community about a river located in the small town of Cubulco, Baja Verapaz, that rose by 70 ft during the rainy season. Crossing the river was extremely dangerous for the children who were attending school (located on the other side of the river) and difficult for the rest of the population. There had been plans to build a bridge, but construction had fallen through several times over the course of 9 years.

Pastor Ken had wanted to build a cable bridge in the hopes that it could provide a better and more secure way for children to get across the river to go to school, and deliver the community a better infrastructure for it to be more accessible and reachable. Westbow Gives Back jumped in, funding and supervising the building of a 1000 ft cable bridge. Construction started in 1993 and lasted for a year. The community worked together, and 65 men volunteered to help, moving 1000 ft cables along 9 km of mountainous trail to the construction site where the bridge was being assembled and where it would be located. Despite the hardships and challenges faced, the bridge was finished a year later, in 1994. Flowing below, the river had now lost its dangerous appeal. Children could walk to school without the threat of danger. Sometime after construction was finished, a hurricane passed through the area and flipped the bridge. A testament to hard work and a community coming together, the bridge was righted, and extra stabilization was added.

The construction of the Cubulco cable bridge was a steppingstone in the history of Westbow Gives Back and in its relationship with Guatemala. There have been other initiatives after the bridge. In the same year, a group of volunteers was sent down to help with some upgrades for a hospital, also located in Cubulco. This has been an ongoing help since WGB has kept helping this hospital with supplies, equipment and, when needed, operations support.

We’ve also partnered with a local non-profit organization to better understand the needs of the communities we’re trying to empower. One of the foundation’s key focal points is education, which is why, in 2011, Westbow Gives Back, along with our liaisons at AMG International, broke ground for the funding and construction of a K-12 school named La Palabra (The Word). Located in Monjas, this school provides a high-quality Christian Education for children and teenagers who live in the area. Fun fact: Westbow CEO Nick Westeringh received a special honour from the school board for providing the funds needed to build the school.

This is just one of the many stories behind our past initiatives and the communities we’ve helped empower. Stay tuned to learn more about Westbow Gives Back’s history!