A Tale of Three Campouts 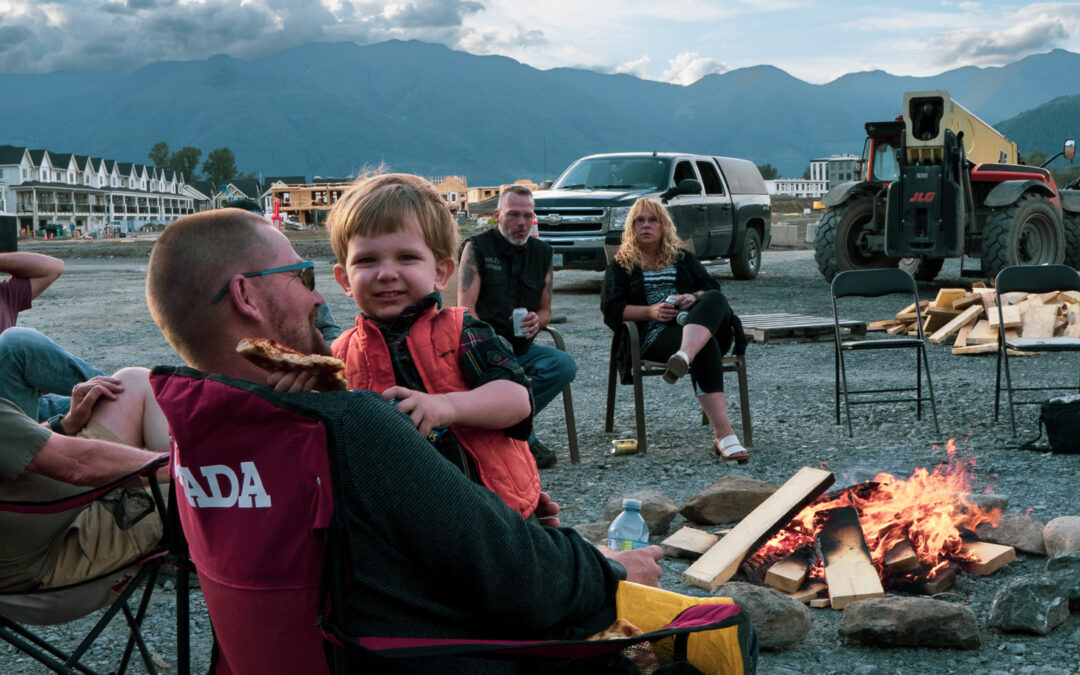 During June, Westbow Gives Back partnered with Ruth and Naomi’s Mission to sponsor an annual campout, with the intention of bringing awareness to the challenges faced by those experiencing homelessness. This local event, dubbed Roughing It 4 RAN, called people to gather outdoors, set up a campsite and spend the night outside. The idea was that, for one night, participants could experience for themselves the challenges that come with homelessness while raising funds to help those who are affected by this.

Westbow Gives Back proudly supported this annual sleepout, which also meant that we promoted the activity within our workplace. Here are some stories of how three Westbow employees joined this camping event:

A Simple Way to Make a Difference

Benton Sorensen, our Graphics Specialist, was part of this activity from his own backyard! Joined by his partner and friends, Benton set up a camping spot and took the opportunity to catch up and bond with those close to him. From having some drinks to starting up a fire, playing cards and having dinner, the Roughing It 4 RAN campout was an excuse to have fun for a good cause. “When we talk about giving back, we always picture a big donation, a big check; but the small things matter, too,” Benton said. He was also drawn to the activity by the accessibility of participation: camping is something that could be done without feeling it was a giant, heroic action. Especially when it’s done to bring awareness (either through social media posts or simply by discussing the activity and the intention that supports it) to an issue that affects the community.

As for some insights gained because of the campout, Benton reflected on how homelessness can affect anyone and the stigma surrounding it. Having discussions about this phenomenon and opening up to the idea that homelessness is not something that exclusively happens to people who are addicted to drugs can be a starting point that activates an understanding that later transforms into tangible change. And as Benton states “Making a difference doesn’t need to be a big, massive thing to do, but something that each person can help build towards.”

Coming Together as a Community

Josh Loewen, Westbow’s Web Administrator, joined the group of employees that gathered around a campsite in one of the open spaces in Cedarbrook. Although he has been part of the Westbow team for almost a year, Josh hadn’t participated in any Westbow Gives Back event. Eager to know if the hype about these events was true, Josh decided to check the campsite out. What he found was a tight-knit group of coworkers sharing and having a good time. Colleagues bonding around a bonfire, sharing and creating memories with both their families and their work peers. And the weather also played a part in how nice the campout turned out! Picture this: the sun came up just after it’s been raining. The day is now sunny, warm and nice. And when everyone is recharging after a couple of hours of playing frisbee, the sun starts setting. You feel the cold wind starting to rustle in the trees and feel it move towards your body. You feel chilly without being uncomfortable. Even more -this subtle feeling of coldness moves you to pull a blanket, covering your body. You look around and see everyone just as relaxed as you, after reflecting on an issue that affects the community. “It was great to see our community coming together; all of us being there to contribute to a cause. There was a sense of fulfillment, togetherness and empathy,” Josh said.

Although he absolutely enjoyed being part of the group that gathered around a campsite, Josh’s original plan for reflecting on the challenges faced by people affected by homelessness was to go downtown and spend the night there, to know firsthand what homelessness is about. However, he noted that going to the campsite and being in a group came to mimic the experience of how youth affected by homelessness experience and cope by forming groups to support each other. “Homeless and at-risk youths don’t navigate this experience alone, but it’s always helpful when outside sources spread awareness or do fundraising activities. It’s always amazing when people show support and come through for those in need.”

Giving Back Through Leadership

Our last story is Jonny’s, who is part of the Westbow Gives Back committee. Because of this, Jonny was heavily involved not only in the actual gathering at the campsite but also in organizing the event. From reaching out to different departments to spread the word to coordinating the availability of the physical space for the campout and being a liaison between WGB and other charities, Jonny was a major asset to this initiative. However challenging his work was, Jonny said motivation came easy, knowing that his efforts were directed to a greater cause. It was also inspiring to see how many employees wanted to participate.

There was a particular interest from our construction workers in joining and promoting the event. At one point, Jonny and the rest of the organization committee expected over 100 people to be a part of the campout! This could have easily been achieved with more time to strategize and prepare. “More planning beforehand could mean a bigger audience,” Jonny noted. He also mentioned that being a part of Westbow Gives back has allowed him to be aware of what’s going on in the world, as well as understand the challenges faced by different communities and countries.